The BeneSori Quartet is the resident ensemble of the BeneSori Music Foundation.  The name “BeneSori” is from the Italian word bene (meaning good) and the Korean word sori (meaning sound).  The BeneSori Quartet has quickly established themselves as one of the most intense and vibrant quartets of their generation.  After having performed together for many years, they formed in 2013 during a collaborative concert in New York.  Hailing from internationally renowned institutions, the founding members include violinists Khullip Jeung and Jisun Kang, violist Mitsuru Kubo Hunter, and cellist Gloria Kim. 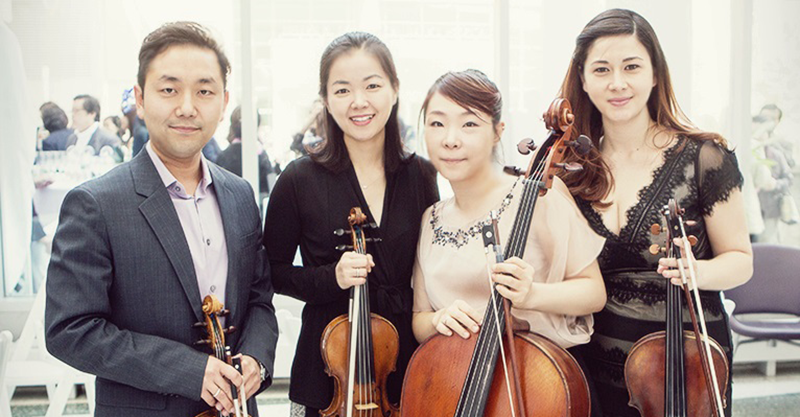 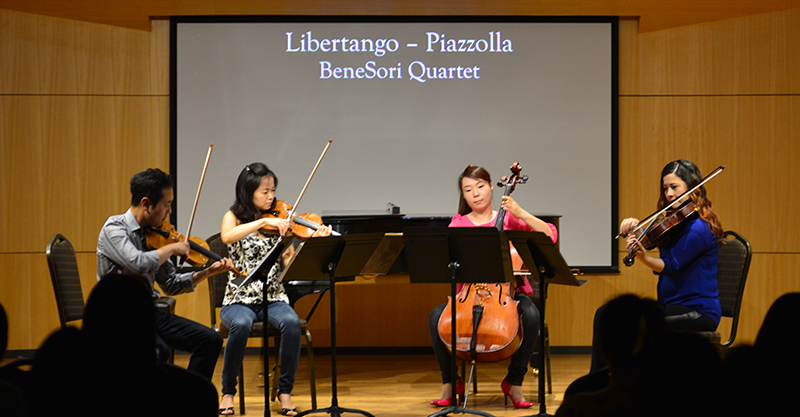 The BeneSori Quartet recently performed with the popular rock band, Imagine Dragons on NBC’s Saturday Night Live.  The BSQ regularly performs with the Sonata da Chiesa in New York and is also part of the Chamber on Main concert series in New Jersey.